Organizations in the Middle East are increasingly turning to flash storage technology solutions to help them cope with ever-more intensive performance demands, according to one of the leading data storage and protection companies in the region.

As the data center continues to evolve, companies are using enterprise flash storage solutions to enable them to store and access applications and digital data at rates faster than ever, according to Savitha Bhaskar, Chief Operating Officer of Condo Protego. Flash is set to gain further in popularity this year as the price of the technology continues to fall, the COO added.

While still a relatively new segment of the storage market, the external flash storage market for Europe, Middle East and Africa (EMEA) was worth USD 2.9 billion in 2014, with year-on-year growth of 32 percent, according to the International Data Corporation (IDC). The market watcher expects the cost in USD/GB value to fall more than 70 percent from 2014 to 2018.

“As vendors continue to reduce the cost of flash solutions and companies increasingly need real-time performance, the flash market will inevitably grow.”

With people increasingly using social media and mobile devices, and companies making greater use of analytics, data is expanding at an exponential rate: the GCC’s Big Data market is set to grow from USD 135.7 million in 2013 to USD 635.5 million in 2020, according to Frost & Sullivan.

Flash also consumes much less power, as there are no disks to spin and no mechanical arms to move, and requires much less cooling, helping to relieve pressure on overtaxed data centre environments
However, while flash use is growing rapidly, companies aren’t abandoning traditional hard disk drives, as the relative cost to flash technology is still very attractive. While disk drives are slower, they can reduce total storage costs through greater capacity and lower drive costs.

According to an IDC survey, while 51.5 percent of companies were using flash in their storage environment, only 7 percent of those were using an all-flash array deployment model.

Companies in the Middle East, according to Savitha, are looking at hybrid flash arrays, which can deliver performance almost comparable with all-flash systems but at a significantly lower cost.

“Most organizations now want the best of both worlds: they need high performance for the highest-demanding applications but they also want to keep total costs down and for data that doesn’t need to be accessed in real time, flash doesn’t yet make total financial sense,” said Bhaskar.

“Hybrid arrays can deliver this combination of higher performance and lower cost, and with intelligent data placement software, data can be controlled and managed automatically, delivering optimal cost and performance,” Bhaskar added.

With the massive performance advantage offered by the technology, and with costs set to continue to fall, flash usage will only increase in the Middle East, Bhaskar said.

“Ultimately, however, what all organizations have to remember is that it’s not about the technology you use, but how well you make use of it,” Bhaskar said.

“Companies need to ensure that their storage model fits their business needs – not the other way round Organizations that have a clear understanding of how to make best use of flash technology and not just fall for the hype will clearly be the ones to benefit.” 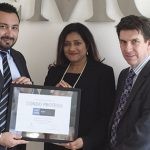 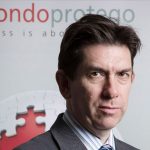