E-commerce is one of the fastest growing businesses in the UAE, with more and more buyers transacting in the digital realm.

But why does it still have a long way to go to be on par with the traditional brick and-mortar retail? What was once considered cutting edge, such as the ability to buy an item online and return it in-store, is now considered table stakes for any retailer hoping to remain relevant. Over the past decade, we’ve seen a steady state of disruptive technologies, driven by advances in mobile computing, social media, and cloud-based services.

This is the observation of Accenture in its report ‘The next wave of disruptors: Five game changing technologies for retailers’. Apple, it says, wasn’t the first to digitize music, but it combined several technologies to make it easy for consumers to buy and access their music anywhere, anytime. Apple not only fundamentally changed the retail model for music, it made consumers think, ‘Why can’t all of my purchases be this simple?’ Retailers need to tap into these rapidly shifting consumer expectations by embracing the next wave of disruptions—or risk being flattened by it, it adds.

Take the case of the UAE that’s been at the forefront of digital adoption. With 170% of mobile phones penetration in the UAE the mobile phone is rapidly becoming the method of choice for making payments and managing money. UAE leads the GCC in e-commerce growth and in 2015, the number of B2C e commerce in the MENA region reached an estimated height of $15 Billion rising from $9 Million from 2012, according to recent surveys from Frost and Sullivan and web-design company Go-Gulf.

Commenting on the rapid growth of the e-commerce industry in UAE and the GCC at large, Adham Saleh, the CEO of EZHeights says: “e-commerce has definitely increased in popularity over the past five years, and more services are being offered on e-business websites and mobile platforms, making the user experience easier and better.”

However, he adds, “e-commerce still has a long way to go to get on par with the retail trade as it is very hard to compete with the shopping experience in the malls in Dubai. However, the growth has been promising and will continue to burgeon.” According to Adham, the future for e-commerce is bright in the UAE. “We have great internet access across the UAE, the highest smart phone penetration in the world, and as people become more confident at the prospect of using their credit cards online, it will only get better and better,” said Adham. Given that the UAE government has launched several initiatives launched to make e-commerce payment gateway to government services easier, making online transactions have become far easier as compared to before.

Beyond Cards For Payment
The UAE and the broader region is feeling global push to move beyond cards for payment. The Emirates will soon become a cashless society, but it may also become more mobile driven when it comes to payments, says the CEO of mobile payments company, Trriple. As many as 75% of all UAE transactions may be done in cash; however, this antiquated form of payment is as expensive as it is seemingly convenient, with global economists in agreement that the “cost of cash” ranges between 1.25 and 2.0 percent of the GDP of a nation. For an economy such as U.S with $16.5 trillion in GDP, the cost of cash per annum is US $200 billion.

“The way UAE consumers spend money is set to change forever, with mobile payments quickly becoming the norm rather than the exception. There is clearly a global push to move beyond using only plastic cards for payments, enriching the consumer experience through mobile apps,” says Ahmed Fasih Akhtar, Co-Founder and CEO of Trriple.

New Customer Experience Through mWallet
Mobile and other digital technology is delivering progressive retail sector to further spur economic growth through transformational customer experience. And the use of mobile wallet has further strengthened this trend. Last year in June, the UAE Banks Federation Board (a professional body representing 50 member banks operating in the UAE) gave green light to launch of mobile wallet. The UBF mWallet is a critical initiative which is expected to be an important catalyst for the future of the digital economy. On June 14, 2015, the Board of Directors of the UAE Banks Federation adopted the project, considering it ready for launch, upon receiving final ratification from the Central Bank. This year in August, the UBF announced that the MoU has now been signed by all 16 UAE equity partner banks in the entity which will own and operate the mWallet platform.

mWallet, or the mobile wallet, was initially unveiled in 2014 as an ambitious and purpose-designed platform that interfaces with banks operating in the UAE providing the facility for a secure mobile phone app to replace traditional cash payments between any two parties, as well as a means to receive, store and transfer money. One of its key objectives is the financial inclusion of the unbanked segment of the population, who will benefit from access to basic financial services, such as receiving funds or making payments. The project plan calls for a phased implementation with first the replacement of cash payments between any two parties followed by transfers and offering the mWallet service to tourists and visitors to the UAE.

Digital Milestones
Banks, telecom firms in the UAE have been launching a number of innovative mobile commerce platforms that are helping ecommerce. For instance in September this year, Etisalat launched its new Etisalat Wallet service in the UAE. Etisalat Wallet is a convenient, rewarding and highly secured service from Etisalat that allows customers to make purchases, pay utility bills, transportation fees, top-up Etisalat’s mobile credit and much more, using one simple mobile application. Etisalat Wallet is accessible around the clock directly from customers’ mobile phones while in the UAE or traveling abroad and serves as the new digital wallet, thereby eliminating the need and risk of carrying cash.

Khaled El Khouly, Chief Consumer Officer, Etisalat (UAE), said, “Research has shown that m-banking and m-payments can help lower the transaction costs of money transfer, increase the flow of money by making it easier to send across smaller amounts, and introduce secure financial transactions and management without bank accounts. By enabling people to use their mobile phones as mobile wallets, we hope to deliver lasting benefits not just for our progressive customers, but also for the economy of the UAE. We believe the benefits to our customers will be immense and that our new service has the potential to transform the way money is handled and managed. The mobile phone has already positively impacted our lives in many ways – and it’s exciting to think that it now has the potential to replace notes and coins and give all of our customers access to world-class banking services.”

Another example is Emirates NBD that announced in September this year that it has established the Emirates NBD Future Lab, a key initiative of its digital strategy that will enable and accelerate the development of next generation digital and mobile banking services with the aim to increase smart service adoption in the UAE.

Nevertheless, e-commerce still has a long way to go. As Andrew Calthorpe, CEO, Condo Protego, says, “Retailers in the UAE that do not embrace digital disruption will be left behind in an increasingly digital e-commerce sphere. However, UAE retailers should not view digital capabilities in isolation – rather e-commerce websites and mobile apps require a company-wide digital transformation plan.”

At the heart of digital and experiential retail, he says, is information management. Mobile apps and websites are only as good as the speed at which retailers and customer can access data. Real-time insights are vital for insights such as customer buying history, secure mobile commerce transactions, predicting consumer behavior, and delivering and accessing personalized offers. One of the most overlooked aspects of digital and mobile retail is the type of data management that is needed. 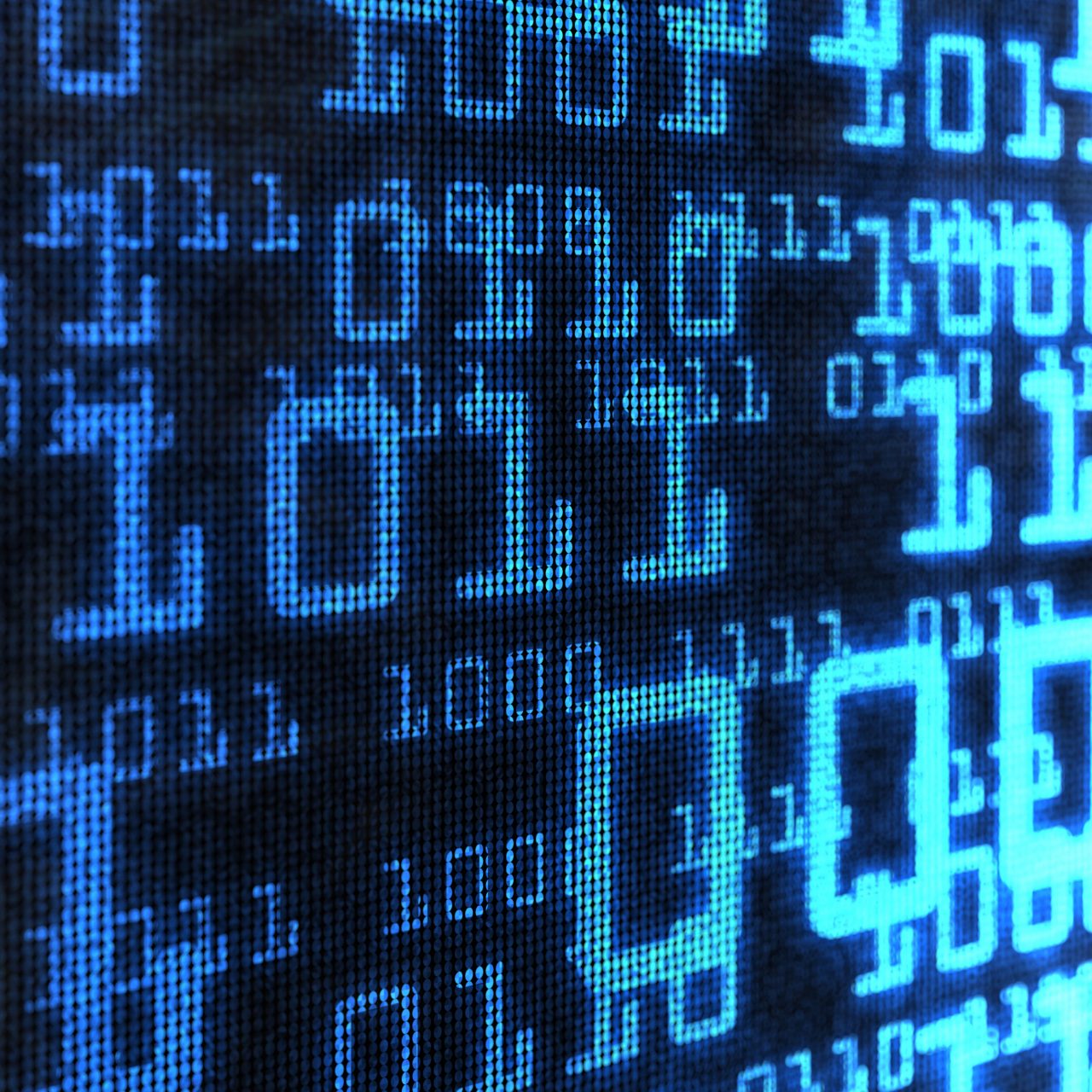 Data management to be the most important skill in 2017External News