The world’s exponential data growth will be felt in the GCC more strongly than ever in 2016, forcing organizations to more intelligently plan how they choose to keep and use their information.

Two trends for 2016 involving increasing data volumes are the growth of ‘dark data’ and the creation of the ‘databerg’, according to Condo Protego, one of the region’s leading IT consultancies.

Technology research and advisory firm, Gartner, defines dark data as information assets that organizations collect, process, and store in the course of their regular business activity, but generally fail to use for other purposes. Dark data often comprises of large amounts of unstructured data, and can contain sensitive information, putting businesses at high risk amid the advancements in cyber-attacks.

These large volumes of unstructured data, also known as databergs, are presenting regional businesses with expensive IT bills, as companies continue to accumulate, and store unpredictable user-generated data, with increased global digitization, and the absence of data categorization tools.

“We expect dark data management will be a top priority for GCC businesses in 2016, as ‘databergs’ grow to seemingly unmanageable levels, and we are counselling our customers to think longer term about what data they really need to keep, how they can better access it, and why it is so important for them to deploy business analytics to realize competitive advantage in their respective industries,” says Andrew Calthorpe, CEO of Condo Protego.

In addition to the financial implications of storing these large amounts of data, Condo Protego says that GCC businesses face the initial challenge of distinguishing valuable components of dark data that should be retained and secured, from redundant data that should be eliminated. The next challenge businesses face is how to extract the potentially valuable data, and transform it into information that can establish a competitive edge in the market.

In response to these changing data generation dynamics, 2015 saw IT software and hardware storage giants Veritas and EMC take new directions.  Veritas split from Symantec, and EMC merged with Dell.  Both moves are believed to be strategic considerations directed by corporate boards convinced of a rapidly changing IT future, one in which growing data volumes will soon affect IT spending volumes.

“2015 has been an eventful year for the IT industry, with the Symantec and Veritas split, and the EMC-Dell merger, each presenting an array of opportunities for businesses in the region, amid advancing cyber-threats, and the challenges in the growth of dark data which we expect will continue to accelerate throughout 2016,” adds Calthorpe.

“A healthy business relationship can be built by demonstrating domain expertise, as well as honesty and transparency throughout the relationship, even when this approach proves to be less profitable for the provider in the short-term. Once this dynamic has been achieved, companies are more inclined to trust providers with more advanced projects.”

To reduce the impact of the cost of IT solutions, Condo Protego suggests working with customers to carefully phase a project out, allowing customers to gradually adjust to changes in operations. 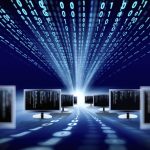